The Board of Directors of Hellenic Seaplanes 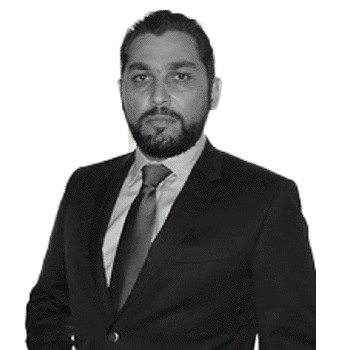 Nikolas Charalampous is the President, CEO and founder of the company “Hellenic Seaplanes S.A.”. Before “Hellenic Seaplanes S.A.”, Nicolas was the CEO of “Element Power Hellas S.A.”, a subsidiary of “Hudson Clean Energy Partners”, a U.S. investment firm in the field of renewable energy sources. He was also the CEO of “Premium Consulting P.C.” which he co-founded in 2005 and withdrew in 2013.

Moreover, Mr. Charalambous is the founder & CEO of “F.C. Future Cooperation Ltd”, founder of “Energy Partners Hellas Ltd.” and co-founder of “Incubo Strategies Ltd.”. Nikolas has always been active with promoting innovation and strategic development in his companies. At the beginning of his carrier, he served as Director of Logistics 04 Consortium at the organization of the Olympic Games in Athens 2004. 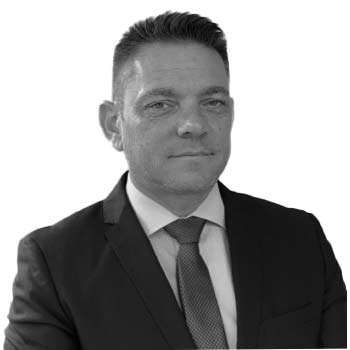 Ioannis Varlas has more than 25 years of international experience in operational planning and in the management of high-profile security projects.

Over the years, Mr. Varlas has served as head of security for VIPs, politicians, members of royal families, important businesses and organizations, both in Greece and abroad. 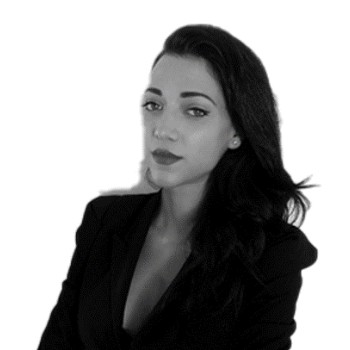 Emilia Solomonidou graduated from Middlesex University in London with a BA in Marketing. Then she continued her studies …

Emilia Solomonidou graduated from Middlesex University in London with a BA in Marketing. Then she continued her studies with an MPhil at Bolton University majoring in Communications.

She conducted her research on the role of Media and Public Relations on rebranding a destination (Τhe case of Greece).

Emilia also has a Public Relations Diploma from New York College in Athens. From 2012 she is the Co-Founder of Cubik-S, a communications company that specializes in Branding and Digital Communications.

From 2013 she is Member of the Board of Hellenic Seaplanes S.A and leading Customer Relations Manager. 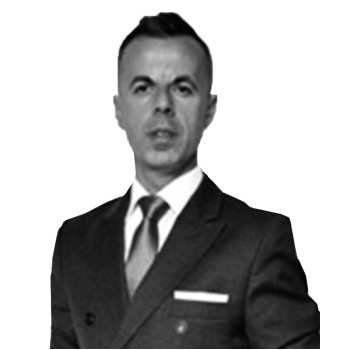 Eirenaios M. Pelechras started his career in the private sector and more specifically in multinational companies …

Eirinaios M. Pelechras started his career in the private sector and more specifically in multinational companies by working in Management Positions in Sales, Development, Investment and Administration Departments. In the age of only 28 years old, he served as the General Director of Development in “Aldi Hellas” where he managed an annual budget of over 40 million euro.

We indicatively refer some of the companies for which he worked in management positions and positions of responsibility: Aldi Hellas / HoferAustria / Lidl Hellas / Wimdu/ etc. Along with these activities, in 2009 he establishes his personal company abroad, which undertakes consultancy services in various development sectors and lobbying services.

In 2012, he cooperates with EMEK Group S.A. in the field of Heavy Industry where he undertakes the Group’s commercial management ranking it among the fastest-growing and outward-looking businesses of the country.

In 2017, he reinforces the team of “Hellenic Seaplanes” by actively participating in the Group’s development while also being an active member of the Board of Directors.

In 2018, he is integrated as a Partner into the Petrichor Capital Partners team in London and as a Head of Private Client Advisory. At the same time, he participates as an advisor in several businesses active in the field of energy, investments, tourism, Online Business, Startups, Venture Capitals.

During his career he collaborated with leading Greek and foreign scientists and dealt with pioneering heart, carotid and peripheral vascular interventions which he taught to doctors from various countries. He did the first worldwide, renal artery treatment with Multilayer stent.

He has a rich research and writing project organized by 35 seminars and World Congresses and is a member and chairman of many scientific societies.

There were many honorary distinctions. He was honored professor of cardiology at the medical School of the State University in Iasi, Romania and was awarded the title of Knight at the University of Apollonia. He was honored by the Ministers of Health of Greece and Cyprus through the excellent organization of the World Congress of Greek Doctors of diaspora.

He is in charge of the working group of Spa tourism and former member of the secretariat of expatriates. He was for years member and Vice President of the Board at the Onassis Cardiac Surgery Center, while in 2021 he was awarded the title of Ambassador of Greek Tourism by the Minister of Tourism. 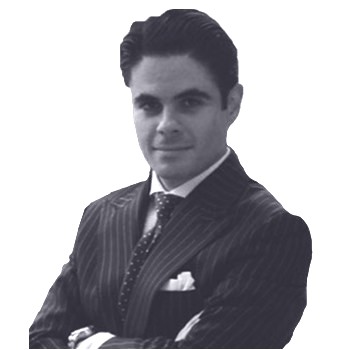 Ioannis graduated from the Law School of the University of Athens and obtained his Master’s degree in Banking and Finance from City University of London. He started his career as a lawyer specializing in the field of Financial Advisory Services, acting on behalf of Banks, important entrepreneurs and families.

He then turned to the financial side of Corporate Finance by providing advisory services to Private Equity deals, where he raised funds for projects in the energy, transports and telecommunications sector in Europe, Russia and Africa.

In the past he worked for International Brokerage Firms and is currently working in a Hedge Fund based in London. He specializes in Global Wealth Management and in managing investment portfolios (Multi-Asset Allocation) for private investors. 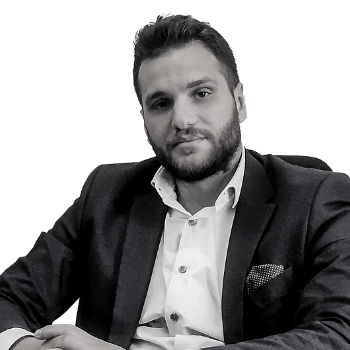 Charalampos Gargaretas is a graduate of Economics from the National and Kapodistrian University of Athens, as well as a holder of MSc in Energy and Environment Economics and Regulatory Policy by the University of Surrey in Great Britain.

He started his career in the private sector by working in positions of Sales, Investment Plan Analysis and Management in businesses active in the Construction, Energy and Consultancy sector.

Then Charalampos gained significant experience in the public sector by serving as a Special Advisor for the Ministry of Interior and Maritime on environment and energy issues, as well as on ports policy and waste management in the country’s ports respectively.

Charalampos, by gaining a variety of experiences in the market specializing in ports policies and industry issues, in business activities, in analysis of energy markets and environmental economics, established the “GH Consulting & Business Services” company with the main purpose of management consulting & business development in the public and private sector.

Konstantinos Kopsidas was born in Athens. He graduated from the American College of Athens in 1996 …

Konstantinos Kopsidas was born in Athens. He graduated from the American College of Athens in 1996, and in the same year entered the Athens Medical School from which he graduated in 2003. In 2004, he did his service as a rural doctor in the Municipality of Lefkas.

Konstantinos began his Medical Specialty in Ophthalmology at the University Clinic of Muenster, Germany, where he obtained the PhD title of “Doctor of Medicine” for his research in the regeneration of retinal ganglion cells, with the highest distinction. His PhD thesis was selected as a candidate for an award among all the Doctor Thesis in Germany in all sciences for that year. The same year he completed his specialty in Ophthalmology at the University Eye Clinic at the General Hospital of Athens, G. Gennimatas. In 2010, he received the title of “Fellow of the European Board of Ophthalmology” in Paris, France.

After the completion of his specialty he went to the United Kingdom where he subspecialized in the most distinguished eye centers in the fields of Retinal Diseases, Ocular Oncology and Curative, Reconstructive and Cosmetic Oculoplastic Surgery. He has worked with distinguished scientists abroad in these fields on both an academic and clinical level.

Since 2015 he has been working as Consultant Ophthalmic Surgeon in various University Hospitals in the UK. He has publications in peer reviewed journals, and has been a lecturer at many international conferences in Greece and abroad. He was also awarded a prize in some of those for his research work. Equally important is his teaching work towards young scientists in the field of Ophthalmology in general, but also in Ocular Oncology and Oculoplastics in particular, as a tutor in international courses. 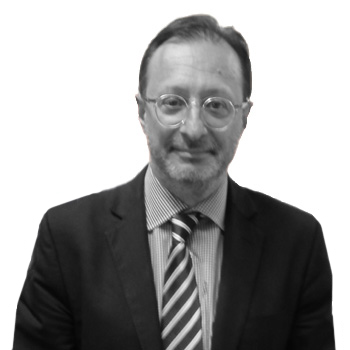 Nikolaos Moschos is the founder and Managing Partner of the Law Firm «NIKOLAOS MOSCHOS and ASSOCIATES», which has been operating in Athens since 1992.

Being a lawyer qualified to practice before the Supreme Court, and a member of the Athens Bar Association since 1992, he has extensive judicial experience, especially in civil and commercial law cases and with an emphasis on Banking Law, while acting as a legal advisor to big Greek and foreign companies.

He has had a distinguished career at Piraeus Bank, in which he has held important administrative positions and has served as Head Director of Legal Department until 2019, when he took over as Senior Director at INTRUM HELLAS SA ( a Problem Credits and Loan Management Company operating in 27 countries – Member of the multinational INTRUM Corporate Group, responsible for Retail loans (individuals / Agri / SB)). 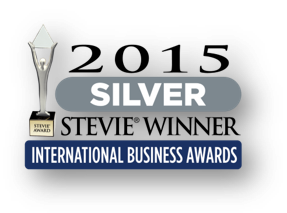 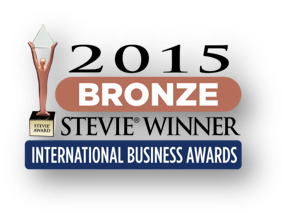